This second project aimed to create a communicative channel between culture, places, and people, powered by the concept of wonder and magic, able to foster the interest and involvement of the public: a medium between the classic European museum tradition and the modern digital world, reinterpreted and rebuild. The target is young people in their twenties. Actors involved have been the Conservator of the Civic Museums and contact person for the World heritage office of the Civic Museums of Padua, the head of the Civic Museums of Padua, the Contact person for the didactic and educational activities of Biosphaera s.c.s. and the Content and Project Manager of Camuffo Lab.

The Civic Museums of Padua are a no-profit institution for the management, conservation, and enhancement of cultural heritage of civic ownership, together with the Civic Libraries (Municipality of Padua, Regulations of the Civic Museums of Padua, 2013). They comprise different sited, among which is the Chapel of Scrovegni, the Civic Museums, different palaces, the Loggia, and Odeo Cornaro. During the meetings, the institution highlights the need to change the way the Museums were communicated: the audience needs to be attracted by curiosity since there have been changes in the dynamics of artistic fruition and the base knowledge of the visitor. This was linked to a necessity to involve citizens more deeply, starting from stimuli aimed to activate thinking mechanisms at the public level, involving the sector of young people in their 20s defined as the Z generation, currently not so present in the museum’s spaces (Vicino, 2021). In the period when the meetings of SACHE were having a place, the Civic Museums of Padua were working on the project “Padova Urbs Picta” which aimed to bring the cycle of paintings from Padua dating back to 1300 into the World Heritage List (This undertaking was completed in July 2021).

CamuffoLab is a graphic design studio and graphic research situated in Venice: they primarily focus on the creation of graphic identities and publications, exhibitions, websites, and digital experiences in the artistic field, for public administration or private entities. Dealing with artistic directions, realizations of books, catalogs, naming, trademarks and logotype activities, corporate identity, digital strategy, and other important fields of graphic design communication, this business enterprise appeared aligned with the necessities of the museum to innovate their communication strategies.

Biosphaera is the not-profit social cooperative operating in the fields of communication, education, and cultural project-development we have previously presented.

From the synergies and needs activated by the dialogue between these three actors, they recalled the idea of magic lanterns, of Wunderkammer able to create suggestions in the audience or show power and prestige. From the previously presented proposal of Biosphaera of the itinerant hub they implemented in other projectualities, they develop the idea of a “WunderCam”, a colored and showy box, placed in public spaces, inviting people to watch inside. There would be put a monitor where a video shows a museum exhibit or a museum space, to create a real emotional connection with the museum buildings: active day and night, the box should make the museum alive.

CamuffoLab would have dealt with the involvement of the audience, being the expert in the communication field, stimulating the involvement of citizens through learning activities, and formulating questions put on the boxes aimed to raise the interest of the public. In this vision, the museum is moved from its original and usual context, to prefer a more interactive approach that can involve different target audiences.

During the different meetings, the project evolved to be more in line with the nomination and valorization of the two UNESCO sites the Museums were already working on and the projectual idea took the name “L’Erbario degli Scrovegni”, literally “The herbarium of the Scrovegni”. It wants to realize two full-size boxes located near the ticket office of the Museum of the Hermits and the Botanical Garden of Padua, with the aim of symbolically uniting the two UNESCO sites, the Botanical Garden and Padua Urbs Picta. The boxes should be an instrument of discovery and immersion, able to reunify the two sites through a common path that recalls the frescoes and the city of Padua. The innovative perspective is here the communication strategy, which does not act merely on reputation but is finalized to attract the new generations through the media channel of videos, sounds, and graphic design, vehiculated through unusual and fascinating objects.

They hypothesized the realization and restitution of the project will take 7 months, but the actors did not manage to find the necessary resources therefore the project has not been realized yet.

We can consider this second prototype as an attempt to create a strategic partnership between museums and businesses, which was born from an immersive communication uncovering needs and necessities. We can take into consideration the positive environment fostered by SACHE and see it as an exemplary of model able to create synergies and fruitful dialogues between different parties with different needs, that because of these stimulations together have been able to design a project founded on innovation and knowledge exchange. 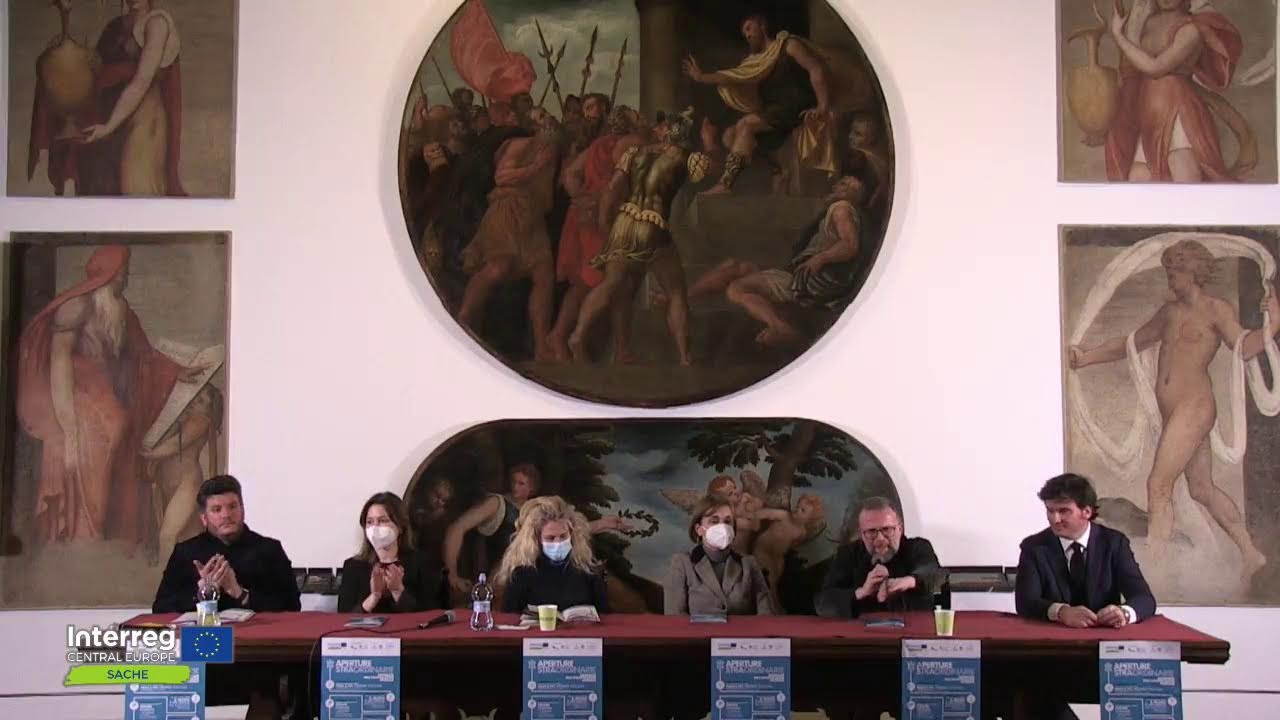